skip to main | skip to sidebar

I hope all of you had a wonderful holiday. Things are finally getting better for me I've been going through a lot. Hopefully I will get back to crafting soon.
Posted by Connie R. at Sunday, January 12, 2014 No comments:

I hope everyone has a wonderful day.
Posted by Connie R. at Thursday, November 28, 2013 No comments:

Hello  Everyone,
I just wanted to wish all of you a Happy Easter. I've had a real hard time with this move the whole thing has been awful. We were almost here and I lost my 18 year old cat Nala, It wasn't a surprise I knew she was going I just wanted to hold her and be next to her till the end. She did live a good life I loved her so.
Just talking about it makes me cry. And when I got to the place my husband picked out for us that was another nightmare this place used to be a bar and they tried to make it a house no pantry no hall closet and the bedroom closets are a joke it's like they just cut a hole out and called it a closet.
I had a 3 bedroom house with a full size basement and a two car garage with a shed out back so needless to say our things did not fit in this place and we pay 900 a month with no appliances and a fire place that doesn't work unless we buy all the tubing ad rent a gas tank which I'm not doing. All the rentals I've been looking at have appliances so I don't want to buy them and the owners won't pay for them. I did buy a used refrigerator because using a cooler was just to hard.
Oh I almost forgot the best part when we were just moving in we got a two hundred dollar bill so I called the electric company to ask what was going on I explained we were just moving in how could this be. The lady said we might want to check the furnace or hot water heater or might be the pump to the well. And that we were already up to another two hundred then going on the new bill. We checked out the pump and that's what it was. The owner had someone fix it but would not reimburse us for the four hundred dollars it cost us for the electric bill said they were tight on money. Yeah like we aren't. I had to sell a lot of our things just to move. So now you got an idea of what has been going on.
I don't mean to ramble but I wanted to share with you what has been going on. Most of my things are packed up still cause I have no where to put them. As soon as I can figure something out I will start crafting again.


I’m still here my family is going through some difficult times it all started last year when my husband lost his job. He had not been able to get another one due to it being just before the holidays.  To make a real long story short we went through all of our savings and he had to apply out of state, as soon as he did he got an offer which we were very thankful for. The only problem is it’s in South Carolina and we live in Michigan the pay is a lot less and they are not paying for our move. So I’ve been selling some of our things so we can move also no insurance till December which is a problem because I have asthma and allergies.  He started this job in Sept.  He has been living there while I and two children are here trying to pack and do a short sale on our home. Lucky for me my son and daughter are older so that helps a lot, but it’s still been a very trying time in our life.  I have been sick twice and my dog had to have surgery on his leg which I had to put on credit all while going through this crisis it’s just been one obstacle after another I really hope things get better soon.  Please hang in there with me I will be back to crafting when we move and get settled I just haven’t felt like making anything with all that’s been going on.

No trick-just treats when you join Stampin' Up! in August!

•For just $99, choose up to $125 worth of brand-new products from the annual or holiday catalogs, for your completely customizable Starter Kit!

Tomorrow is  me and hubby's 21st Anniversay. I made the glasses on this card using the Sweethearts cricut cartridge. The rest is Stampin Up.  Cardstock Whisper White,Basic Black,Lavender Lace (retired). Punches used Decorative Label and Photo Corners (retired). Stamp set used Something to Celebrate (hostess). 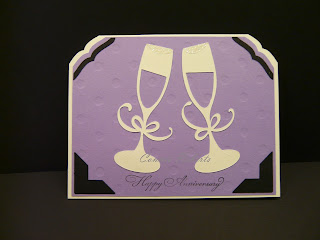 This is a card I made for my son's 27th Bday! I got this idea from Tami White http://vimeo.com/channels/stampwithtami. I decided to make the whole card into a mug it opens with message inside. I used whiper white cardstock and so saffron. Ink used so saffron and basic black. I also used nestabilities for the bigger circles and Stampin Up punches 1 3/8 and the 3/4 and the itty bitty shapes. Such a cute idea. 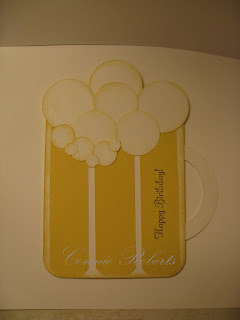 Connie R.
I enjoy stamping,scrapbooking and other crafts.

Text and Pictures are property of Connie Roberts. Artwork may not be copied for submission to contest,publications, etc.
My work is for your inspiration only. Thank you

One of my babies 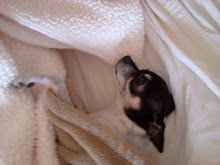